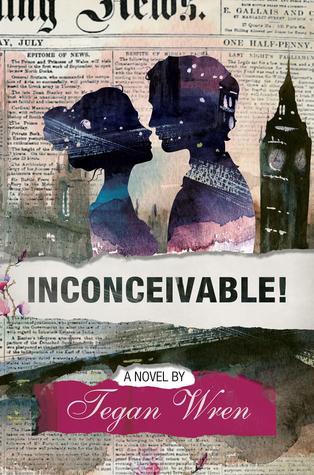 When Ozarks native Hatty goes “whole hog” during karaoke, she catches the eye of Prince John. He isn’t what she expects the heir to a small European nation to be: he’s affable, witty, and isn’t put off by her tell-it-like-it-is demeanor. Their flirtation should be short lived, but a force stronger than fate—Hatty’s newspaper editor—assigns her to cover the royals. After spending time together, she and John soon begin dating, and Hatty finds herself making headlines instead of writing them.

But challenges loom that are even more complicated than figuring out how to mesh Hatty’s journalism career with life at Belvoir Palace. Hatty and John soon find themselves embroiled in an unusual sex scandal: they can’t produce an heir. Tabloids dub Hatty a “Barren-ess,” and the royals become irate. Hatty politely tells them to shove it. But beneath her confident exterior, she struggles to cope with a heartbreak that invades her most intimate moments with John. Pressured to choose between invasive medical procedures and abandoning John’s claim to the throne, the couple feels trapped until a trip to Ethiopia shows them happy endings sometimes arrive long after saying “I do.”

The best compliment Tegan Wren ever received came from her sixth grade teacher: “You always have a book in your hand!”

Guided by her love of the creative process, Tegan grew up acting in theatre productions and writing poetry, short stories, and plays. She turned her eye to writing about real life when she worked as a journalist, producing reports for various radio and television stations in medium and large markets in the Midwest and also filing some stories for a major national news network. She spent several years writing online content, which ranged from creating descriptions of toilets for a retail website to composing a blog post about visiting Maui.

She’s had the opportunity to travel overseas, and uses those adventures to inform her writing. She also draws inspiration from her own struggles and life experiences. Tegan and her husband, Patrick, experienced infertility for five years before becoming parents through adoption.

Tegan is excited to have her debut novel, INCONCEIVABLE!, included in the launch of the new romance imprint Curiosity Thrills. She’s a proud member of Romance Writers of America.

**DISCLAIMER: This review is in NO WAY BIASED. All opinions are MINE.**

Inconceivable by Tegan Wren is a book that takes place at a European country. It follows Hatty, a college student from Missouri and the heir, Prince John Meinrad’s life. They met at a bar accidently. It didn’t take a long time for them to fall in love with each other. Soon, when they realized they’re both ready for a bigger responsibility, they decided to get married. However, like other couples, they experienced a problem that will challenge their relationship—infertility. Hatty was unable to conceive that’s why this caused John’s father and grandmother to file an annulment for them. Will John give in to his father and grandmother’s decision? Or will he fight for Hatty? Will they end up together?

I give this book 4 out of 5 stars. This book was intense! I love the way the author wrote it. It was very touching though at the same time, a funny one. I love the idea and the concept! It’s very unique: a royal couple enduring with infertility. Despite the awesomeness of the idea, I somehow felt bad knowing that there are many couples out there experiencing such. Though I’m still happy to know that there are still options—hope it is.

This book kind of reminded me about Kiera Cass’ The Selection series. I both love this book and that series. I love castles, princes and princesses. Though it may seem a lot like a fairytale, it’s great read if you want to be temporarily distracted to reality.

The book’s ending made me feel happy but at the same time… sad. I was hoping for more! The book’s first part and middle part was great… so is the ending. But I don’t think I liked how it ended. Anyways, I love the book because it gives hope.

Anyways, I love the cover. It really gives the readers the emotion and expression the book has. The description was fine, it was catchy but I think it somehow gave the readers idea what will happen with Hatty and John’s story—especially with the infertility thing. I suppose I was expecting it to be a surprise.

*Thank you so much to Curiosity Quills Press for sending me a free copy in exchange to an honest review.Have a good day!**

This book was just amazing! And I realized I can’t just end this with a book review. I visited the author’s website and I really liked this blog. I admire how she delivered her experience through words. So before I’ll end this book review, I just wanted to share a blog post from Tegan Wren’s website:

Why Books and Movies about Infertility, Miscarriage, and Adoption Matter
by Tegan Wren

Many of us who have experienced infertility get irritated by some of the story lines we see in movies and books. At their worst, they perpetuate misconceptions and stereotypes such as the idea that most women who experience infertility are over age 35, or that if you adopt, you’ll forget about trying to conceive and–BOOM!–you’ll get pregnant. So here’s the rub: these films and books are supporting the idea that the infertile couple is to blame (you delayed childbearing to focus on your career!) and infertility is not a medical condition, it’s simply a matter of being in the wrong state of mind (you’re too stressed!).

Television programs, movies, and novels influence the public’s perception of a wide range of issues. The influence of media, particularly broadcast media, is well documented. So, if we, the men and women who are experiencing infertility, want to see changes in how the public views infertility, then we need to support filmmakers, television show producers, and authors who are willing to create content that presents this issue in realistic ways, even in the context of a fictionalized story.

Maybe you think this is all too “big picture” to matter. But it does matter. It matters a great deal. Shifting public opinion is the first step toward changing public policies related to infertility. When people who aren’t living with infertility as a part of their daily lives accept that this is a medical condition, they’re more compassionate toward those suffering through it. Compassion is important in gaining broader support for mandating insurance coverage of fertility treatments. According to RESOLVE, the national infertility advocacy organization, only 15 states require insurance companies to offer fertility coverage. And some of those states have loopholes, watering down the mandate. I know firsthand the burden of paying for treatments with little or no help from the insurance company. It only adds more heartache to an emotional situation.

In writing INCONCEIVABLE!, I want to give an in-depth, accurate look at what it’s like for a young couple to be in the throes of infertility. It’s my goal to get people talking about adoption, surrogacy, and other alternatives to birthing children because pregnancy is not the only happy ending option for an infertile couple. Miscarriage is also addressed in my novel, and we need to see more support and resources available to couples (women AND men) who are grieving after pregnancy loss. Quite simply, this is the most compelling case I can make for purchasing INCONCEIVABLE.

Let me know if you think there needs to be more movies and novels that address infertility in ways that reflect real life.