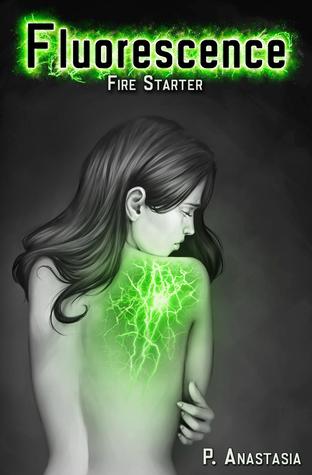 In a genre all its own, Fluorescence fills a niche between coming-of-age romance, urban fantasy and sci-fi.

Alice was a normal teenager until a dying race of aliens chose her and handful of other teens to help preserve an endangered form of DNA known as Fluorescence. Now she and the others must hide their secret from the rest of the world, while trying to uncover the truth about the mysterious living light.

Each volume in the Fluorescence series is narrated by a different character, driving the story forward in a new and exciting way. Fluorescence evolves from a quiet beginning into a gritty and unabashed look at real-life limitations and struggles these teenagers face while coping with a life-changing secret. 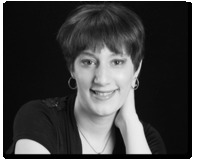 Anastasia is the author of the YA urban sci-fi series Fluorescence and several forthcoming fantasy-fiction novels.

Writing has always been her passion, and she began attempting to write her first novel at age 11. While working toward her college degree, she wrote news and editorial columns as well as designed graphics for two different campus newspapers. After graduating with a degree in Communications, she followed her heart back to her publishing aspirations with her debut series, Fluorescence. On the side, she serves as a professional voice talent for radio, TV, audio books, and has produced over 4,500 recordings for businesses across the globe.

She firmly believes being a writer is not about writing what you want, but writing what needs to be written and faithfully retelling the stories of your characters no matter how uncomfortable they may make you.

Fluorescence: Fire Starter is the first book in the Fluorescence series written by P. Anastasia. The book’s mainly about the fluorescence ones–much like the chosen ones. The story follows Alice and Brian’s adventure discovering what’s really happening—along with the third fluorescence ones. Aliens have given them a DNA to preserve their race. As they discover the secrets beyond the glowing light beneath, their life started to change. Will it affect their future? Is there anything to be worried about? What’s the real intention of the saviors?

I give this book a 5 out of 5 stars! It’s a great and easy read. If you like young adult sci-fi, then this book’s definitely for you.

The story’s a little fast at first but it gets intense as the story goes on. The secrets make it better. The writing style isn’t boring. The characters are very interesting.. Specially Brian. If you already read the host by Stephenie Meyer and you loved it, well, this is a great book the same as Meyer’s. Try this book out! It’s worth the money and time.

The plot twist at the end really shocked me! I was reading this book at the mall while waiting for my dad then suddenly it happened. I was unable to continue it as expected ‘cause the twists were still processing. It’s so unbelievable—so unique!

So, yes! I’ll end this review with a compliment because I really love the idea or the concept used. It’s very original.. Though the plot may seem common, but the writing style’s unique. Plus that the book has a good cover. That’s a plus point for a sci-fi book, you know?

*Thank you so much P. Anastasia for letting me read this book for free. It was by far one of the best sci-fi books I read this year. Good day! *NOTE: This review is in no way biased.

!!! AVAILABLE FROM THESE ONLINE RETAILERS AND MORE !!!