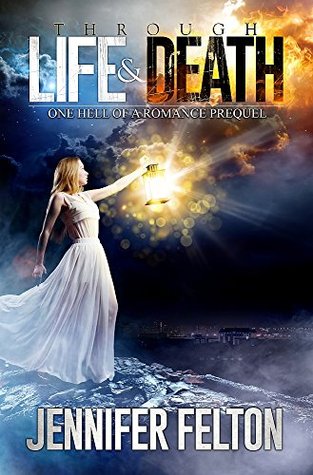 In Jennifer Felton’s debut, the reader is plunged into the paranormal world, circa 1885 England, in this compelling prequel to her new adult A Hell of a Romance Series.

Meet the most powerful and feared family in the paranormal world: the Helms family. Tobias is anything but a normal vampire, he’s also the King of Hell. At his side are his children, twins, Maya and Sebastian.

They may be the princess and prince of Hell, and despite being feared, they are far from respected, since they aren’t full vampire. Unlike the rest of their kind, they weren’t created, they were born of the unholy union between their father and the Goddess of Time, Katricne.

Desperate to find somewhere to fit in, Maya has made it her mission to create a world where humans no longer fear the things they don’t understand. With the formation of The Council, laws are being created in order to protect the humans, with the hopes that eventually their kind will be no more than mere superstition and stories told to misbehaving children.

Things had been going well for a while, but now there are hunters on their trail. They must move and flee the lands which they made their homes.The question remains though: No matter where they go, will it be safe? Is there a traitor amongst them?

*Thank you for sending this book to me.

DISCLAIMER: Even though this book was sent to me, all the opinions are mine. They’re not forced to be said and all.

First off, I just want to compliment the cover: The cover’s beautiful and I love the way it’s edited! Plus that the title’s fantastic. The book description’s catchy as well. This book is a great and fast read.

I so love the idea slash concept that the author included. The story’s intense and so emotional and stuff—I felt a little scared, actually. I’m easily scared to books like this one. Not that it’s horror or what but it gives the thrill. As for characters, I love how they stand in for their spoken words. They really mean what they say specially Maya. She’s my favorite character in the book!

I highly recommend this book. If you like enticing books then this book’s definitely the right one for you!