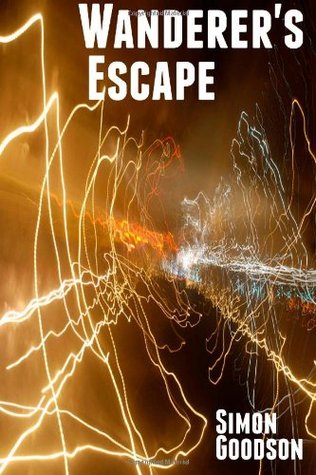 Jess was born a prisoner, grew up a prisoner and at sixteen knew he would die a prisoner. When his turn comes to try to break through the traps protecting a spaceship it seems his day to die has come. The ship, and others like it, have already claimed hundreds of prisoner’s lives. Instead he manages to avoid the traps and gain access to the ship with two other prisoners, beginning a frantic flight to freedom. Soon Jess finds himself loose in a brutal universe ruled by the Empire and riddled with pirates, slave traders and worse. Can Jess manage to learn the rules of the universe and the capabilities of the ship he has stolen in time to stay alive?

Jess went to stand up, to lean forward, found that he couldn’t. His back and head were stuck to the chair.

“I’m caught on something. Can you see what?” he asked.

Sal leaned forward to look then let out a cry.

Matt let out a curse. Jess started to try to pull free, but Matt quickly took hold of his shoulders to hold him in place.

“Don’t move boy. Please. Hold still for a moment. There’s some sort of web between you and the seat. Now don’t panic, but it looks like some strands are going into your head. Like you’re being linked to the ship. How do you feel?”

Jess took a ragged breath, trying to slow his hammering heart. “A bit dizzy. My head has been tingling. I’ve been feeling pain when the ship was hit. And I seemed to just know things about the ship. What’s happening to me?” He started to struggle again, but his head was locked firm. He could turn to the sides a little, but not move forwards.

“Steady. Steady!” Matt’s hands pressed down on his shoulders again. “If those are connected into your brain then ripping them out could kill you. Take it easy.”

Jess felt himself relaxing. Not at Matt’s words. A warm feeling was spreading through his body, easing the tension from his muscles as it went. He felt an image, a feeling, pushing into his mind. It wasn’t his thought, wasn’t trying to disguise itself as coming from him. It came from the ship, he was sure. The image was of him being held safely. Being cared for. What was happening was to help protect him. He relaxed some more.

Sal gently stroked the side of his face, studying him closely.

“You sure?” she asked. “It’s definitely you saying that?”

Jess went to answer, then closed his mouth again. Gave the question some thought. Then nodded, as much as he was able.

“Yes. I’m still me. The ship is… reaching out to me, I guess. It’s trying to connect me and it, but no more. It’s not trying to control me or anything.”

She stared hard at him for another few seconds before nodding.

“OK. But I’m not leaving you on your own. Matt, go explore. Tell us what you find. I’ll keep an eye… I mean, I’ll keep Jess company.”

As Matt headed back to the main room she crouched down, reached out, taking Jess’s right hand in both of hers. The way she looked at him brought a lump to his throat. His memories of his mother were vague but he remembered her using that look. He gave Sal a smile then closed his eyes, letting the rush of information from the ship wash over him again.