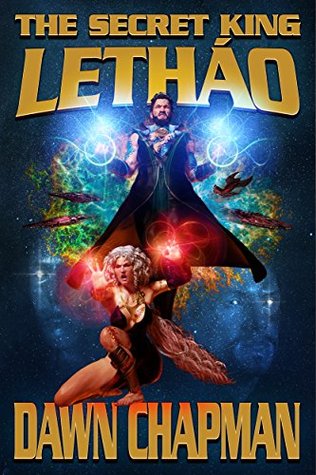 ABOUT THE BOOK:
Kendro, King of the Aonise, can do nothing to prevent their sun from collapsing, consuming their home planet Letháo in a single fiery blast. Running out of time and options, he evacuates the entire population, setting off into the unknown galaxy in four crowded ships. Under constant danger from their ancient enemy, the Zefron, treasonous dissent seeps into his inner circle. Threatened inside and out, Kendro struggles with who to trust, until a mysterious vision finally brings hope to the distraught King. A new home awaits the Aonise, if Kendro can only unite them long enough to survive the journey.

Blue banners waved the royal colour, filling Kendro with more hope than he’d ever imagined possible under the circumstances. Smiles adorned his subjects’ faces. A cheer rang out. Pointing their cameras and microphones towards him, with a nod the news troop gave him the go ahead.

Taking a deep breath, Kendro spoke loud and clear into the microphone. “I acknowledge every citizen, not just those assigned to a House. Our evacuation is steady. Each of you will be assigned a ship number. The evacuation procedure will be as follows.” He peered from the sheet he carried to his people. Many more shoulders here were covered. Only the Military and Government caste wore an arm or leg bare to show house birthmarks. “It does not correspond with any House or any class. You will board the ship you are assigned. I implore you to stay calm.” At that, the hum began. “These orders take effect immediately.”

As Kendro completed his closing statement, Madrall, leader of House Flikait, caught his eye. Madrall bowed his very dark head once, his striking birthmark flickered his colour of yellow against his much darker Flikait skin, and at this point, a deep gesture of loyalty. Kendro watched as several hands shot into the air. He appealed to them, “This is a testing time for all of us. We must survive until we find a new home.” Deception kept at bay—they need not know we have not a plan.

“I can’t help but worry.” Chace’s hands shook as he locked eyes with Octav. “You know we don’t have a destination.”

“You’re privy to that information.” Octav shot him a glare. “Do not speak of it.”

Octav stared at Chace’s shimmering forearm where his birthmark betrayed his fear. Wearing their traditional uniforms had been Kendro’s idea. He’d hoped to bring calm to everyone, as their open birthmarks reflected their emotions. Winter wasn’t the time of year to be showing bare skin though, the chill Octav felt inside was almost un-bearable, not all of it from the weather.

Chace’s emotions were there for everyone to see, from the flicker across his striking facial mark, to the swirling pattern of his arm. He was terrified and more.

“Listen to me,” against his better judgment Octav reached for Chace. Pulling his own croex to the surface, Octav allowed it to trickle through into Chace’s skin. “Trust me. We might not know where we’re going, but we will find a new home.”

“I trust the four of you. I hope you trust me.” Looking to each of them, Kendro spoke. “The Zefron will follow us—”

“Yes, and my last recon came back with nothing.” Octav said. “We still know nothing else about them. They’re bent on our annihilation, with no valid reasons.” He waited for their acknowledgment. “Staying away from the Zefron won’t be an option I believe we will have to fight.”

With a hand slammed on the table, Kendro brought up a holosnap. “Octav smuggled this off the Zefron home world.” A holographic image rotated over the centre of their table. “Like us, at first we thought they were fleeing the solar system.” Pointing to several areas as the ship rotated, Kendro added, “Initial scans from Octav’s team were conclusive. It’s a battle ship. I can presume they will be coming for us.”

“Puswer,” cursed Captain Hadi. “We escape a dying planet, to be chased across the ga