Hey guys! So this is the day we’ve been all waiting for! The cover reveal of the third book slash ‘Instead of This’ in Megan Duke’s ‘The Mind Breaker Accounts’ series! Before anything else, I just want to thank Megan Dukes for trusting our feedbacks (along with bloggers such: @novelstosong, @booksalamode, @analovesblog, and @alwaysandforeverfangirling). Also, I want to thank Author Megan for sending me a physical and an ebook copy of the first book in her series, seven postcards, 1 sticker and 1 button. I’ll be posting a review soon about this series! But as of now, I’ll just be doing a recap or atleast my own opinions and stuff.

To start off, this book’s really intresting. It came like a blast! It was intense. I love the concept specially the scenes or the chapters where they use their powers. I grew up loving those and also dreaming to have one but yeah. Haha! Moving on, I just want to talk Denni. Gosh, I really liked her in this story.

Two men, fighting to get her through the use of controlling her mind appealed to me as a really unique concept. As for other characters, I must say they are a total *&^#$#*! But that’s fine. Characters like them usually make the story better. So yes! Here are the synopsis of the three books. I REALLY HOPE YOU GUYS CHECK THIS SERIES OUT! It’s good and you’re not going to regret putting it to your shelves. Plus that the cover’s beautiful so I guess there’s nothing wrong! Haha!

Without Me (The Mind Breaker Accounts, #1) 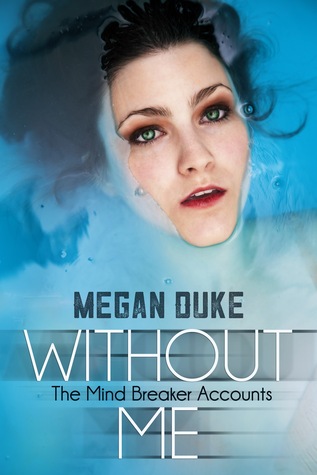 SYNOPSIS:
For 21-year-old Denni, there is no doubt in her mind that Amos is the one. That is until Jack manages to catch her attention. When she discovers it isn’t just a crush causing this stranger to intrude her thoughts, a secret world of mind control is unleashed around her. It is revealed that both Amos and Jack belong to a special breed of humans called Mind Breakers, and over time Denni learns that the last two years of her life have been controlled by their influence. Soon she realizes that the people she thought she knew, and the life she has most recently grown accustomed to, might not have ever been real in the first place. Her thoughts, emotions, and physical actions are all at stake.
So who can she trust?
This, of course, is Denni’s past. Now she is forced to retell her story from the beginning in hopes that the worst of it will never happen again.
Because of Him (The Mind Breaker Accounts, #2) 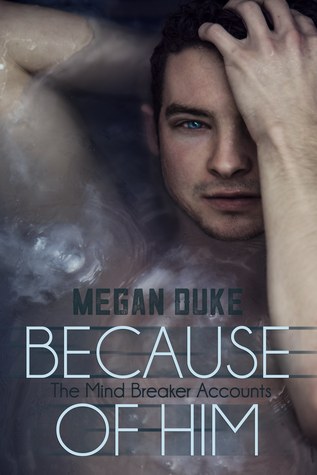 When we last left the Mind Breakers, there were many questions unanswered and numerous troubles looming in their midst. Denni’s relationship with Jack has hit the pause button due to a special friend from Jack’s past. Amos is either missing or dead–no one’s quite sure. Liz is still trying to convince the others that she can be trusted. And as for Alivien, we’ve yet to really see what this rambunctious redhead is capable of.

Now that Cox Anderson has been taken into custody, there are rumors surfacing that there’s someone else picking up where he left off. Liz seems to know the secret, but Jack is weary to hear that the double agent could very well be one of his closest friends.

There’s a new threat lingering in the distance, and it stinks of betrayal.

Instead of This (The Mind Breaker Accounts, #3)

It’s only been a few months since Nathan’s attack on Manhattan, but for the rest of the Mind Breakers, it feels like seconds. Despite the lack of any current threats, they still can’t shake the idea that something isn’t right. It’s too quiet, and calm is nothing without its successor: the storm.

In this final installment of The Mind Breaker Accounts, everyone’s motives are questioned, and strength is tested to the fullest extent. Jack and Denni try to start a life without mind control, but it’s becoming harder and harder to avoid their true nature. Liz gets caught up in something she wasn’t quite expecting, and Alivien is forced into the ultimate ultimatum when it comes to the woman she loves. Despite being exiled for his mistakes, Amos might be the only one ready to step up and face the reality of why the Mind Breakers were created. And even though she might be wrong, Avery thinks she may have uncovered a massive secret.

It might take a fight, but it’s finally time to unlock the mystery.
Why were they taken? Will the cure actually work?
Above all else, who can they trust?

Be sure to follow Megan to see the lyric video for the song inspired by the book, which will be released soon!