Hey guys! Just woke up and guess what?

I just received my copy of Broken Pieces by Rachel Thompson from its publisher a.k.a. Booktrope! Too happy it arrived quickly. I’ll be posting a review soon, so stay still and keep checking my blog. 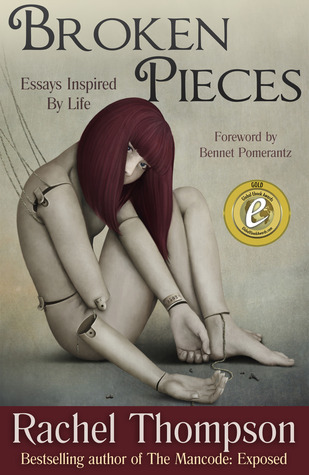 Synopsis:
Broken Pieces is an award winning book about relationships, a study of women, and a book with heart. Vastly different in tone from her previous essay collections A Walk In The Snark and The Mancode: Exposed, Broken Pieces is a collection of pieces inspired by life: love, loss, abuse, trust, grief, and ultimately, love again. While still non-fiction, best-selling Broken Pieces is not humor at all. In Thompson’s most intensive work to date, she opens her soul and invites the reader in for a visit. Thompson goes into those long buried rooms we lock up deep inside and shares a bit of her soul. Broken Pieces is vulnerable, raw honesty, and no-holds barred.

Another book also arrived today.. but this time its an ARC. The book that was sent to me by Entangled Publishing, LLC is Forget Tomorrow by Pintip Dunn. It will be published on November 3,2015.. so be sure to check it out!

Synopsis:
Imagine a world where your destiny has already been decided…by your future self.

It’s Callie’s seventeenth birthday and, like everyone else, she’s eagerly awaiting her vision―a memory sent back in time to sculpt each citizen into the person they’re meant to be. A world-class swimmer. A renowned scientist.

Or in Callie’s case, a criminal.

In her vision, she sees herself murdering her gifted younger sister. Before she can process what it means, Callie is arrested and placed in Limbo―a hellish prison for those destined to break the law. With the help of her childhood crush, Logan, a boy she hasn’t spoken to in five years, she escapes.

But on the run from her future, as well as the government, Callie sets in motion a chain of events that she hopes will change her fate. If not, she must figure out how to protect her sister from the biggest threat of all—Callie, herself.

Last but not the least, I received my copy of The Summer Solstice: Enchanted (Contemporary Fantasy / Paranormal) (The Summer Solstice Series Book 1) directly from K.K. Allen and I’m so excited to read it. Gosh, to be a bookworm is much more exciting than to be by yourself at the mall! Haha! 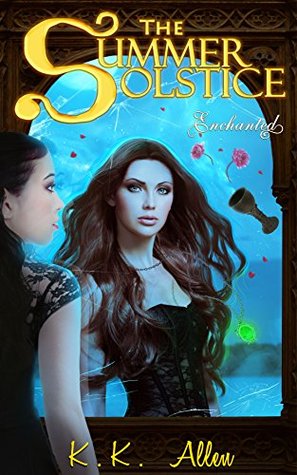 Synopsis:
After Katrina “Kat” Summer’s mother dies a mysterious and tragic death, Kat is hurtled into life at Apollo Beach. Her estranged and cryptic grandmother Rose fills Kat with legends of her Ancient Greek Ancestors from which the Summer family descends. Kat’s world begins to unravel as secrets from her heritage are exposed – secrets that her mother purposefully concealed.

Leading to her birthday, the day of the Summer Solstice, Kat becomes frightened when enigmatic visions and disturbing dreams haunt her. When her visions become reality, her fear turns to terror as powerful forces threaten the lives of those around her.

Amidst the turmoil, Kat meets Alec Stone, her gorgeous neighbor, who becomes her sole solace in an evocative world of mythological enchantment and evil prophecies that lurk around every corner…

So that’s it for today! I’ll be posting future reviews here on my blog so be sure to stay still. Good Day!